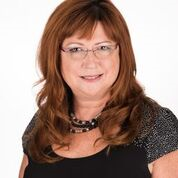 Ambition changes the equation according to L’effet A.

Launched in 2015 by Isabelle Hudon, Executive Chair Quebec and Senior Vice-President, Client Solutions at Sun Life Financial, L’effet A is an initiative which aims to develop women’s ambition and to foster their success in business circles. Six leaders have given themselves distinct challenges with groups of around twenty women, during the course of 100 days of personal and professional development and reflection on shared issues.

The second cohort of L’effet A, launched this fall, is special: two of six leaders are men. Why? Because, according to one of the two, Robert Dumas, President, Sun Life Financial, Quebec, a sponsor in Isabelle Hudon’s challenge last winter, “It’s not a women’s issue, it’s a social issue” (remark taken from L’effet A’s Web site [1]).

CREW M is the Quebec chapter of CREW Network (Commercial Real Estate Women), a Pan-American, multidisciplinary association of 10 000 members with the mission of advancing the success of women to positions of leadership in all spheres of commercial real estate activity. So it is no surprise CREW M seized on the opportunity to team up with L’effet A.

The advancement of women is not exclusively a women’s issue according to CREW M. Discrimination will be overcome with openness. CREW M has always been interested in having, as part of its membership, men who wish to promote the advancement of women. Recently, recruitment efforts have been more sustained and aimed, among others, at opinion leaders with the will to implement CREW M’s vision and to promote the success of the commercial real estate industry, while championing change towards an industry which is open, competent and diverse, proponents of equality for women in their environment, including members of CREW M.

It is in this context that Mario Lefebvre, President Director General of the Quebec Urban Development Institute (UDI) became a member of CREW M this fall, joining Claude Sirois, Co-Chief Operating Officer and Executive vice-president, Quebec, Ivanhoe Cambridge and many others. Of note, Andrew Cross, publisher of Espace magazines, is a long standing media member of CREW M. We sincerely thank him for his continued support over the years.

The challenges introduced in 2015 by CREW M President, Julie Lanteigne, Partner at the law firm De Grandpré Chait, highlight how CREW M’s mission corresponds with the challenges of L’effet A: “By promoting diversity in all its forms, we are ensuring informed and open decision-making which in turn will enable a growing number of women to succeed in our industry. The increased presence of women will have a positive impact both at the individual level and collectively.”

Julie Lanteigne is not alone in her conviction, many leaders of L’effet A and of the business community agree. The challenge is making it a reality in our daily lives.

Regardless of our political allegiance, we cannot but acknowledge that the newly elected Canadian Prime Minister, the right honorable Justin Trudeau, gave a clear signal by opting for parity within his cabinet. His famous reply when asked why this message was important to him speaks volumes: “Because it’s 2015”. Parity on corporate boards of directors and at the C-suite and senior management levels remains an objective to be attained.

Over 100 women had privileged access to renowned speakers during the program of L’effet A’s second cohort, including Lise Watier, Founder, Lise Watier Cosmetics, Sophie Brochu, President and Chief Executive Officer, Gaz Métro, Julie Payette, Astronaut. It also allowed the participants to forge bonds amongst themselves and enhance their networks across the business community.

In the words of Sonia Gagnon, President of SGM agency and Director of CREW M’s Communications Committee: “The real estate sector is largely dominated by men and competition is fierce, which is why it’s a well-suited sector to encourage ambition in women”.

Fourteen CREW M members, lawyers, architects, engineers, leasing directors, senior officers, even company presidents, dared to be recognized as having ambition this fall as part of the second cohort of L’effet A.

For this innovative cooperation, CREW M partnered with two of the six leaders, Diane Giard and Joëlle Boisvert, whose chosen challenges were relevant to its members.

Diane Giard, Executive Vice-President – Personal and Commercial Banking, and member of the president’s office, National Bank, headed a group of women who wish to start their own business, export their knowledge or bring their business to the next level.

Diane Giard’s challenge is sizable: to develop a women-driven “Quebec Inc.”. She wants to encourage women to take risks: “We perceive failure as a heavy, crushing burden whereas in truth it is an opportunity to learn and show others how strong we really are” (comments gathered by Rose Simard June 30, 2015, taken from L’effet A’s Web site).

Joëlle Boisvert, Managing Partner at the law firm of Gowlings in Montreal and member of the firm’s National Executive Board, steered a group of women interested in attaining positions on corporate boards, becoming partners or C-suite executives. In Mtre Boisvert’s opinion, diversity at the senior management level is key to performance for organizations.

Joëlle Boisvert’s challenge is no less high-reaching: to bring women to assume their ambition and to create a business model which will speed up their access to high level positions. In her opinion, the status quo is not a viable option, we must innovate. The group reflected on the obstacles preventing women from attaining these positions. “Among others, I believe women have a greater fear of failure than men. For them, failure is more personal », adds Mtre Boisvert (quote excerpted from L’effet A’s Web site).

A CREW M member participating in Joëlle Boisvert’s challenge, Brigitte Dupuis, Engineer, SNC Lavalin told us “I am extremely pleased with the support I am getting from SNC-Lavalin for my experience with L’effet A! The company is backing me and encouraging me in my development. I discussed my ambition of increasing the number of women in management roles with many key people at SNC-Lavalin. They not only listened but showed much interest, I am confident that results will follow”.

This shows the impact of such initiatives beyond the women who participate. Organizations take action under the impulse of these dynamic women. Many organizations indeed understand that they will compete better if they search through 100 % of the talent pool.

L’Effet A encourages women to act and bring down barriers to action. Mélanie Godin, Vice-President, Finance, Gestion A. Godin, a CREW M member and participant in Diane Giard’s challenge shared that “the best advice received mid-way through the program is to do away with the impostor’s syndrome and to trust oneself”.

Another barrier to action which Julie Lanteigne, CREW M President, wishes to bring down is that women often compete against each other rather than help each other. “Many studies have shown that women’s strongest critics are other women, including in a professional setting” she says.

Julie Lanteigne urges us to overcome this outdated conditioned response and act as sponsors for women around us, by referring members for projects. “In all probability, there is a qualified woman among our diversified membership. If more opportunities are created for women, our industry will become more welcoming for each and every one of us. We are all responsible in developing a powerful network”.

The keynote speaker at the CREW Network convention in Seattle in October 2015, Dr. Madeleine Albright, the first woman to be named United States Secretary of State, holds a similar view, advocating that women need to work together for the common good and be major engines of social and political change, repeating her famous quip: “There is a seat of honor reserved for women who help other women and a special place in hell for those who do not.” [2]

Madeleine Albright adds however: “There’s not a person who believes the world would be better run just by women.” [3] It is a social issue. Both men and women have a role to play. However women must assert themselves and learn to trust themselves and each other.

A difficult and highly debated question remains: should men and their leadership style be imitated or is there a leadership style specific to women? In my opinion, it is not necessary or useful to attempt to answer this question since, beyond generalities and differing opinions, all agree that everyone must remain authentic. Each person must find his or her own leadership style: self-affirmation according to our unique personality, respecting our comfort zone while pushing the envelope a little if we want to move forward in the pursuit of our ambitions.

Without denying women’s influence or that men can learn from them, women should nonetheless learn from men by developing a sorority, a network of women who help each other, women’s equivalent to the “old boys club” with the best that it can offer. After arduous negotiations, men enjoy a comradery which sustains business relations.

Developing a collectivity of women with a strong sense of belonging and mutual help. A business community which affirms values of openness and diversity. Gender diversity and all other forms of diversity will make us better and stronger leaders in our industry.

It is a complex challenge. One which compels us to question our biases, our traditional models, our settled ways of developing and recruiting talent.

The popularity of CREW M’s mentoring program is evidence that mindsets are evolving. Women call upon other women for advice. According to a CREW Network study, women who were followed by a mentor increased their chances of securing a mid- or top-level management position by 56% versus those without a mentor.

“They always say time changes things, but you actually have to change them yourself” (Andy Warhol). We must all participate in a concerted effort to have a prosperous industry. CREW M and L’effet A are participating in this movement.

CREW M congratulates its members who showed their ambition by participating in L’effet A this fall. To see the names of the participants and to follow our events, you can visit the Web sites of CREW M and of L’effet A.

With strong personal conviction, I invite you, women and men working in commercial real estate, to influence your business environments and to build an open, diversified and strong industry.

Your comments are welcome. Let us know what concerns you, share your successes. If they pertain to CREW M, it will be our pleasure to publish them in our network bulletin or on our Web site.

[1] All quotes (save Madeleine Albright’s quotes – see further) and excerpts were originally in French and were translated by the undersigned.

[2] Words gathered by Amanda Marsh, Buzzmaestro LLC, in her article available on CREW Network’s Web site and translated by the undersigned. 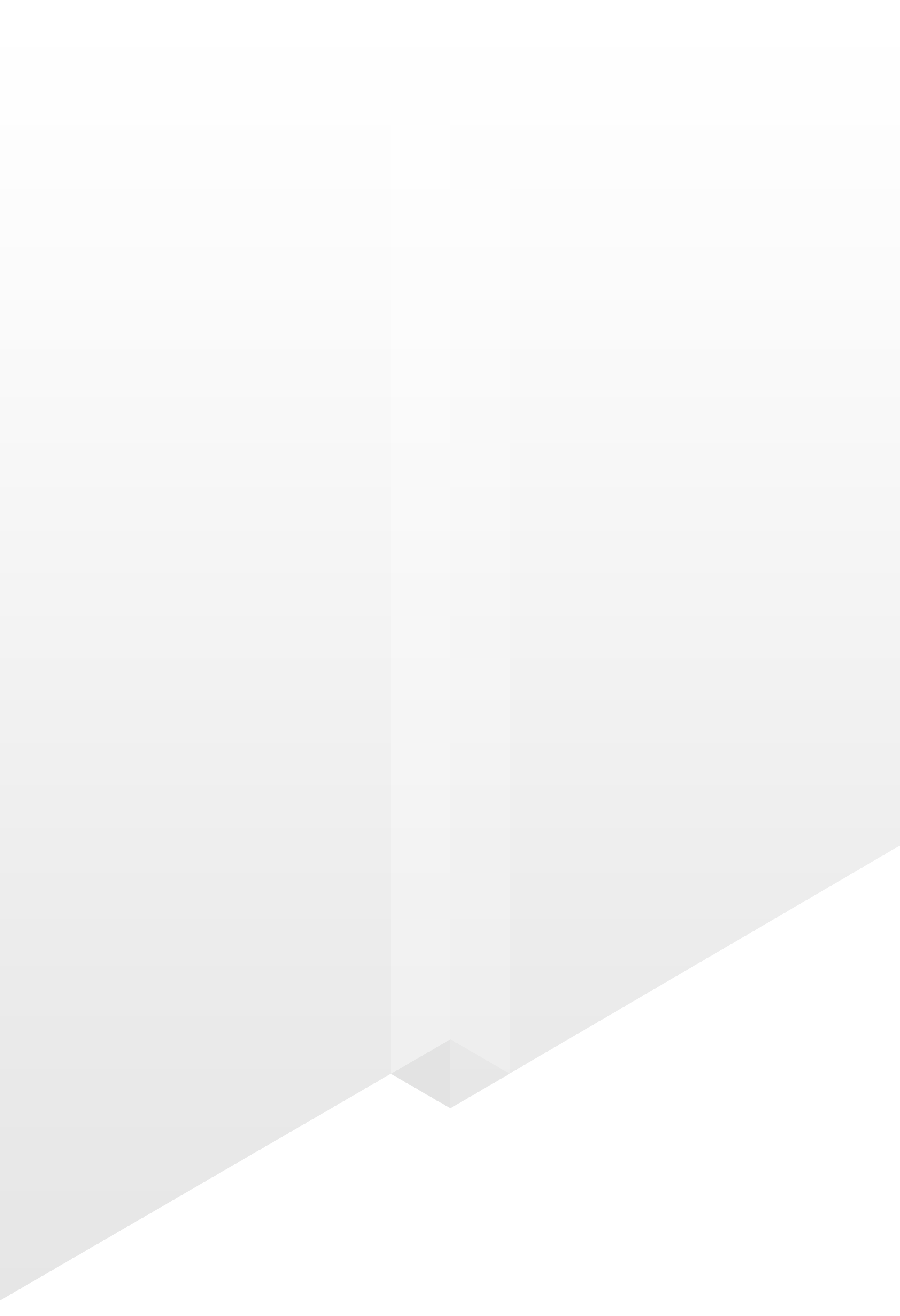 Thanks to our sponsors /